A recent addition to the Moorhead community, Dorothy Dodds is a state-of-the-art elementary school that was completed in August 2017. Opening just in time for the school year to begin, it houses 750 students from Kindergarten to Grade 4. Over 115,000 square feet in size, the architectural firm, Zerr Berg Architects, wanted the project to reflect a sense of comfort and vibrancy for the students.

“We wanted to focus on a colorful fun space for the elementary students of Moorhead Minnesota to enjoy for years to come” Amanda Rinke, Interior Designer of Zerr Berg states. An example of this is the glass mural installed along the wall of the cafeteria, separating it from the hallway to the gym and arts wing. The twelve panels of glass feature four different artworks – each one representing a different season in Moorhead. “The theme of the glass was based on upon the community surrounding the area – with the beauty of four seasons this area experiences, we wanted to incorporate this in whimsical artwork” Rinke explains. The four paintings were created in acrylic and then photographed before being printed onto the technographic interlayer and laminated between two lites of glass.

Emily Williams-Wheeler, a local artist from Fargo, ND, was chosen to create the artwork. She was thrilled to have her work portrayed on glass – a first for her. “I wanted to evoke a feeling of comfort” Williams-Wheeler says, “I chose the idea of a charming neighborhood because that is what one hopes to have surrounding their school”. Each of the paintings show the Red River, which is one of Moorhead’s most recognizable landmarks, as well as being a border between North Dakota and Minnesota. The imaginative artwork brings a punch of color to an otherwise neutral area and creates a focal point for the space. Having such artwork allows for privacy, without compromising the daylight received in the hallway on the other side.

The school has other notable features such as special acoustic tiles in the cafeteria to dampen noise, common spaces for multiple classes to collaborate on large projects and ample of windows to maximize daylight. Goldray would like to thank those that worked to make this project possible, including our sales representative Alana Griffith from North Skies Architectural, the artist Emily Williams-Wheeler, Zerr Berg Architects, and the glazing contractor Red River Glazing. 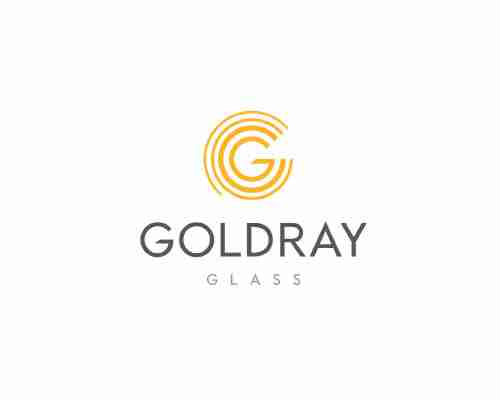